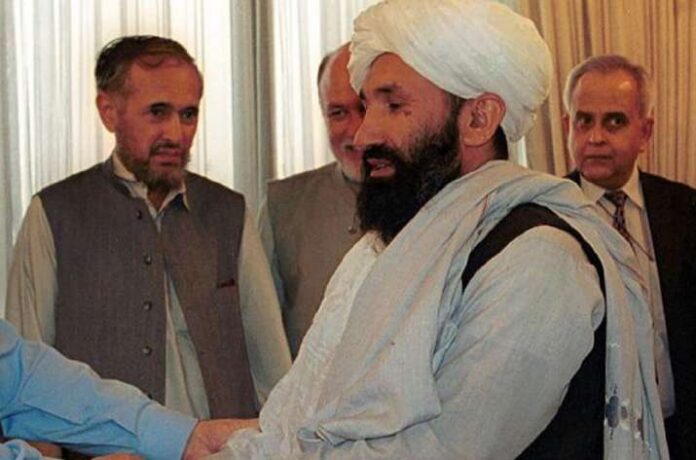 Mullah Hasan Akhund, the Taliban’s interim prime minister, was declared by the Taliban on Tuesday. High-profile Taliban militants have also been handed significant jobs, including the interior minister, who is a specifically designated global terrorist from the notorious Haqqani Network. Mullah Hasan, the head of the Taliban’s influential decision-making body, the ‘Rehbari Shura,’ will serve as Acting Prime Minister, with Mullah Abdul Ghani Baradar as his deputy in the “new Islamic government,” according to Taliban spokesman Zabihullah Mujahid.

Sirajuddin Haqqani, a specially classified global terrorist and the son of the famed anti-Soviet warlord Jalaluddin Haqqani, who created the Haqqani Network, is the new acting interior minister in the 33-member Cabinet.

The Taliban pledged a “inclusive” government that would reflect Afghanistan’s diverse ethnic mix, yet the Cabinet is devoid of Hazara members.

READ:   See what an excellent reply by David Warner gave to a heartbroken Indian fan after First match game as Indian Team Collapse

What is Mullah Hasan Akhund’s background?

Mullah Akhund, the Taliban’s most compelling but enigmatic character, is a fascinating but enigmatic figure. Since the terrorist group’s founding in the 1990s, he has been a powerful figure in Afghanistan. He was not, however, involved in the Soviet-Afghan conflict in the 1980s, unlike other Taliban commanders of the time. While Taliban founder Mullah Mohammad Omar and his deputies fought alongside the mujahedeen, an anti-Soviet Afghan fighter network, Akhund did not.

Instead, he is regarded by the Taliban as a religious figure. He was a member of the Taliban’s shura councils, a traditional decision-making body made up of religious academics and mullahs (a term for persons educated in Islamic theology).

Akhund is well known for being one of the architects of the Taliban’s 2001 demolition of the Buddhas of Bamiyan, the massive rock monuments.

Omar had no intention of damaging the statues at first. However, the Taliban founder was enraged that conservation funds were made available for the UNESCO world heritage monument while the UN failed to secure humanitarian relief for Afghanistan.

As a result, Omar sought guidance from his shura, and Akhund was a member of the council that ordered the monuments’ destruction in the sixth century.

Akhund served as foreign minister in the Taliban government of the 1990s, but his significance rests more in the formation of the group’s religious character. He, like Mullah Omar, was educated in Deobandism, a stringent kind of Islamist philosophy.

After the Taliban were expelled from Afghanistan in 2001, Akhund remained a powerful figure, operating primarily from Pakistan.

Throughout the 2000s and 2010s, he provided spiritual and religious direction to the Taliban from there. He served as the ideological rationale for the continued insurgency against the US and the US-backed Afghan government in this capacity.

READ:   Deepika Padukone and Karishma Prakash drug chats EXPOSED: Many celebrities comes under NCB scanner to be summoned by NCB

Today, the Taliban is divided into two factions: a military wing that conducts day-to-day operations, and a conservative religious elite based on Deobandism that serves as its political side. Mullah Akhund is closely associated with the Taliban’s religious group.

What can we learn about the Taliban from his appointment?

Akhund’s appointment looks to be the result of a power struggle. Many analysts on Afghanistan had viewed Mullah Abdul Ghani Baradar, who served as Omar’s deputy during the Taliban’s early years before taking over as de facto leader after Omar’s death, as a prospective head of state. However, there is political friction between Baradar and the formidable Haqqani network, a family-based Islamist group that has become the Taliban’s de facto diplomatic arm in recent years and has gained support from other local factions.

The Haqqanis are one of the Taliban’s most militant groups. Baradar’s recent conciliatory tone on matters like women’s rights, collaborating with the international community, and amnesty for former government officials runs counter to the Haqqani network’s philosophy.

Akhund appears to be a middle ground candidate between Baradar loyalists and the Haqqani network.

The Taliban’s persistent failure to make an announcement about his appointment could be a sign of internal strife inside the group.

When the announcement was made, it was also revealed that Baradar would be his deputy and that two members of the Haqqani network would be serving in the Afghan government.

The Taliban may be testing the waters to see how effective Akhund is as a unifying figure, but whether this arrangement is permanent or transitory remains to be seen.

What is the significance of Akhund’s appointment for Afghanistan?

Akhund is a religious conservative who believes in women’s suffrage and the denial of civil rights to ethnic and religious minorities. In the 1990s, the Taliban embraced his edicts, which included forbidding women’s education, enforcing gender segregation, and requiring stringent religious clothing. This could all be a foreshadowing of things to come.

READ:   Shooting in France: three police officers killed and the fourth wounded by a gunman who has been found dead

Despite the Taliban’s recent conciliatory rhetoric, I believe we will certainly see a return to some of the laws in place while the Taliban was in power, such as a ban on women’s education.

On September 5, the Taliban issued an order for female university students to wear the abaya. The abaya is comparable to a burka, however the abaya’s covers are almost invariably black. The abaya is a type of dress popular in the Gulf countries of Saudi Arabia, the United Arab Emirates, and Qatar.

READ:   Priyanka Chopra explains how she maintains her marriage with Nick Jonas

The Taliban were an insular, nationalist organisation in the 1990s, with the goal of imposing their version of Islamist government on Afghanistan.
Now, Akhund appears to be trying to frame the Taliban as international partners, as evidenced by the Taliban’s recent diplomatic approach to the governments of Qatar, the United Arab Emirates, and Pakistan.

The US reaches the Congressionally mandated 65,000 H-1B visa cap for 2021. Check in Details

The United States will hold China accountable for adhering to the rules: Biden