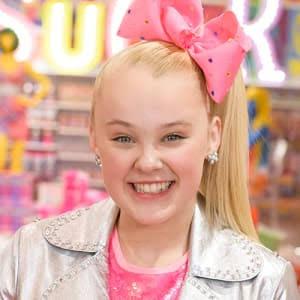 JoJo Siwa came forward on Instagram and addressed the criticism over the controversial Nickelodeon board game JoJo’s Juice.

Those who don’t know who is JoJo Siwa? Let me tell you, JoJo Siwa isa 17-year-old YouTube star, who has a young fanbase. She posted over Instagram and TikTok to clear and shed some light on how the children’s game ended up with “inappropriate” content.

She said that over the weekend, she comes to know from her fans and followers on TikTok that her name and her image have been used to promote this board game that has some inappropriate content. Adding on this, she told, “Now when companies make these games, they don’t run every aspect by me, so I(She) had no idea of the types of questions that were on these playing cards.”

READ:   A displaced Afghan woman sells her child to pay for her daughter's care

The internet sensation continued to say, “Now when I(She) first saw this I was, really, really upset about how gross these questions were and so I brought it to Nickelodeon’s attention immediately and since then they have been working to get this game(JoJo’s Juice) to stop being made and also pulled from all shelves wherever it’s being sold.”

Siwa further gives an explanation “never, ever, ever would have approved or agreed” to a game that reportedly included questions about being arrested and nudity.

READ:   The Saudi King leaves the hospital a week after being conceded for tests:

She signs off by addressing, “I love you all so much. Thank you for bringing this to my attention so that way I can put a stop to it and get it fixed immediately.”

As outbreaks spread, China’s economy suffers as a result of Covid lockdowns

When Priyanka was ‘lean, mean and all seventeen’