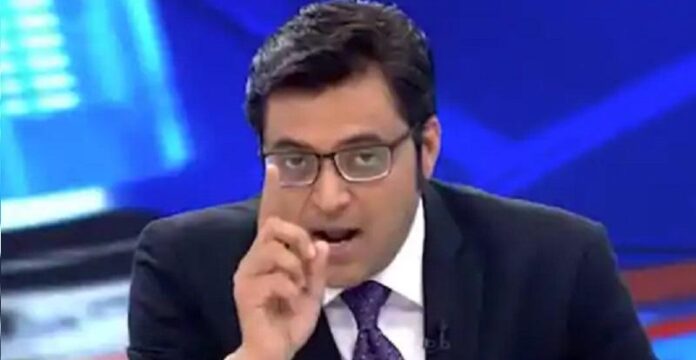 Arnab Goswami of Republic TV has been arrested in a two-year-old suicide case in which investigations have recently been reopened, the Mumbai police said today.

In condemnation of what he called an attack on press freedom in Maharashtra, Union Minister Prakash Javadekar said the arrest “reminds us of the emergency.”

Republic TV Editor-in-Chief Mr. Arnab Goswami is arrested in 2018 for allegedly empowering the suicide of Anvay Naik, a 53-year-old interior designer, and his mother.

Mr. Goswami arrested today’s morning at his home in Mumbai. He claimed that before being pushed into their van, he was manhandled and assaulted by the police.

We condemn the attack on press freedom in #Maharashtra. This is not the way to treat the Press. This reminds us of the emergency days when the press was treated like this.@PIB_India @DDNewslive @republic

We condemn the #Congress, led by Sonia Gandhi & Rahul Gandhi, for its fascist and emergency mindset, which is on display in #Maharashtra @republic

“News agency ANI quoted him as saying that” his mother-in-law and father-in – law, son and wife were physically assaulted by Mumbai Police.

Policemen were seen holding the editor in videos aired by Republic TV as they were trying to take him away.

In a suicide note and alleged non-payment of dues by Republic TV, the architect had allegedly named Arnab Goswami.

In May, Maharashtra Home Minister Anil Deshmukh announced that after a new complaint by Adnya Naik, his daughter, the suicide of architect Anvay Naik was being reinvestigated.

Mr. Deshmukh said Adnya alleged that the Alibaug police had not investigated the role of the Republic in the non-payment of dues, which in May 2018, she claimed, led her father and grandmother to suicide.

The arrest comes in the middle of Mr. Goswami ‘s line with the Mumbai Police over his investigations into a ratings scam and allegations that Republic TV is one of three channels involved in the manipulation by bribing households met for viewership of TRPs or Television Rating Points.

The editor had accused the police of harassing his journalists with summons and pursuing a vendetta over the criticism of the handling of the Sushant Singh Rajput case by the Mumbai Police on his channel.

The ruling Shiv Sena of Maharashtra denied any agenda behind the arrest. “In Maharashtra, the law is followed.

If they have evidence against anyone, the police can take action. No action has been taken against anyone for revenge since the formation of the Uddhav Thackeray government,” said senior Sena leader Sanjay Raut.

A deluge of posts on social media fueled the early morning arrest, with members of the ruling BJP alleging “fascism” by Maharashtra’s Shiv Sena-led coalition.