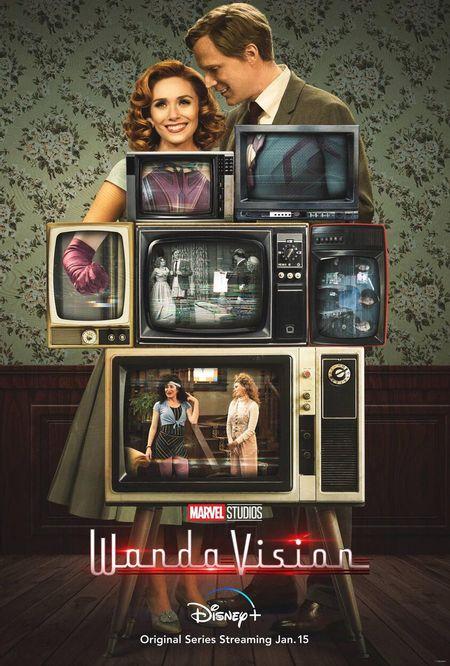 In poster and teaser, one can see this image sees several televisions on display portraying different customs of WandaVision. Each screen part of a teaser looks like puzzle which featuring the characters from the show from different eras. We can see Vision and Scarlet Witch, standing behind the stacked TVs and wearing their ’50s era attire.

We only know that series takes place after Avengers: Endgame and focuses on the titular couple attempting to live a normal life. There is no plot details about WandaVision till now, but we do know Vision’s apparently permanent demise in the Avengers: Endgam film. The teaser clearly indicates that series draws inspiration from multiple sitcoms across the history of television, starting with The Dick Van Dyke< Show before progressing to the modern era of television. A previous set of posters shows that the show going through various decades.

READ:   230 people have died in a heat wave in British Columbia, according to sources

In Pakistan, a crowd threw a female TikToker into the air, tearing her clothes and...