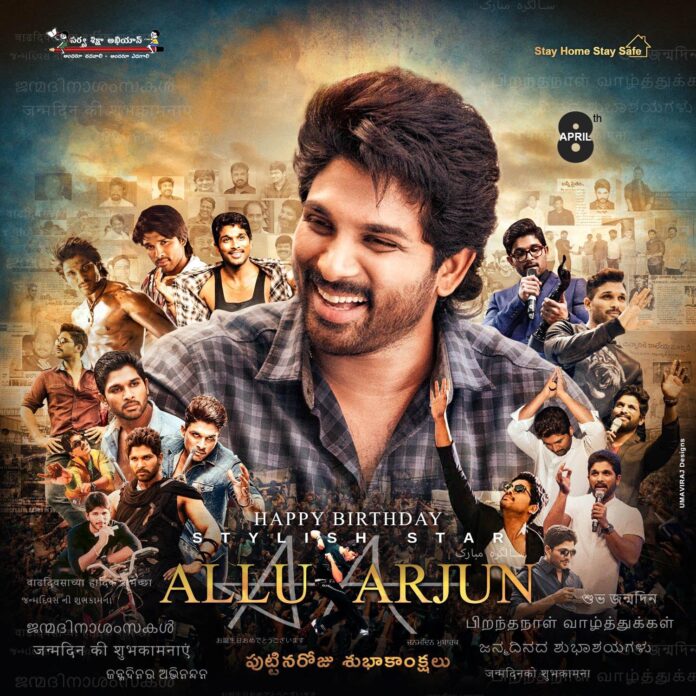 The fans of South Superstar Allu Arjun know how to make his birthday memorable and that’s why they sent their birthday wishes a day before and made the hashtag #HappyBirthdayAlluArjun trend on top of Twitter!

Allu Arjun, one of the Telugu film industry’s most popular stars, will celebrate his birthday on April 8, that is to say, tomorrow. It’s no surprise that fashionable Allu Arjun and creative director Sukumar have put their hands together for another spectacular movie, tentatively titled #AA20 .

Yet today, Mythri film Makers took their Twitter and posted about the unique stuff. The surprise is coming out on the occasion of Allu Arjun’s birthday (April 8th).

The enthusiasm among Allu Arjun fans is so high that people have already begun wishing him a birthday on social media, as a result of which hashtag #HappyBirthdayAlluArjun has become the biggest topic of the day with over 1M tweets.

Here is the much awaited Stylish Star @alluarjun Birthday CDP

Change your DPs and Show your love towards Allu Arjun.#AlluArjunBirthdayCDP

Another best still of @alluarjun 👌😎stylish star for u 😎#HappyBirthdayAlluarjun pic.twitter.com/nWD91HpcGy

A Giant Lizard Causes Confusion at the Supermarket