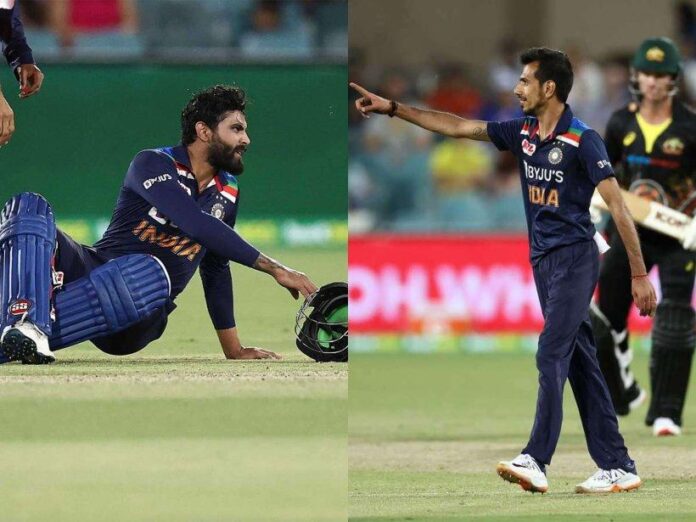 There is a big debate going on India’s use of leggie Yuzvendra Chahal as concussion substitute for Ravindra Jadeja after the all-rounder got a knock on his helmet in the first T20I. Jadeja performed great with the bat and the move on to replace him with Chahal who turned the game on its head with the ball.

While batting, Jadeja was struggling with his hamstring. Still, he manage to hit 23 runs in the 19th over bowled by Josh Hazlewood, but appeared to be in great strife after the third ball. The team physio came rushing out. In the next over, Jadeja received a knock on the helmet bowled by Mitchell Starc. He didn’t show any immediate sign of discomfort.

READ  After being rushed to the ICU with a possible brain aneurysm, Dr. Dre speaks

However, in press skipper Kohli made statement that Jadeja came in after his knock feeling dizzy, therefore the Indian team management decided to use the concussion substitute rule to replace Jadeja after a thorough medical inspection.

Considering the replacement, Australia coach Justin Langer was not happy decision with match referee David Boon. The rule actually states that “there shall be a like-for-like replacement for the player who has sustained the concussion or suspected concussion.”

While other former cricketers and commentators questioned this India’s decision, Australian skipper Aaron Finch played down the issue by saying that medical opinion cannot be challenged.

Finch’s teammate Moises Henriques was also not happy and also, questioned whether India’s replacement was a like-for-like one.
He made statement in press,“The concussion rule is fine. There is no doubt he got hit on the head. If a player gets hits on the head and the doctor feels he is concussed, 100% he needs to be replaced. It’s just that whether it is like-for-like. One is an allrounder and a gun-fielder and the other, a bowler who bat.”

He also added,”That’s the only thing for me. In terms of moving forward and making the game fair, like-for-like replacements are the way to go.”

In response to Henriques, Sanju Samson clarified that it was team physio’s advice that India should use the concussion substitute.

“When he(Jadeja) came back to the dressing room, he(Jadeja) was asked by the physio how he felt. He said that he was feeling a little dizzy. He is under observation as per team doctor’s advice,” Samson said.

Guterres, at the Serum Institute, saddened by the loss of life in the fire: UN...