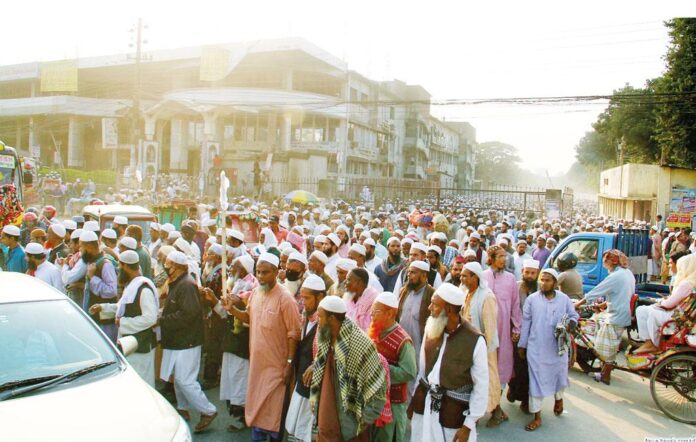 A four-story building in the heavily crowded, narrow lanes of the Nizamuddin Basti, Delhi, has come to typify the country’s concerns about the increasingly growing scope of the novel coronavirus.

Delhi’s Nizamuddin became a possible hotspot for coronavirus after some people who engaged in a religious congregation in a mosque tested positive. So far, ten people have died of the virus and several others have become diagnosed.

With several people insisting on religious congregations, the first case of multiple alleged infections from the same location was registered at the headquarters of the famous Tablighi Jamaat in New Delhi.

Earlier this month, Jamaat welcomed worshippers from Indonesia, Malaysia, and Kyrgyzstan, with the involvement of hundreds of local people and scores from South India.
Nine other patients receiving care at the GB Pant Hospital in Port Blair were also part of the party that joined the Religious Program and returned to Port Blair.

and Twenty-four people in Delhi tested positive for coronavirus, and further cases may be reported after a religious meeting in a mosque in Nizamuddin, which was related to seven COVID-19 deaths.

According to the Ministry of Health of Delhi. In the meantime, the Delhi Police whisked more than a thousand people from Nizamuddin, South Delhi, where many people displayed symptoms of contamination with the virus after attending a religious congregation earlier this month.

Many with signs have been admitted to clinics, although the majority of them have been referred for isolation.

The number of COVID-19 positive cases climbed to 1347, with 32 deaths reported so far.

“Shades of Emergency”: Ministers on the Arrest of Republic TV Editor-in-Chief Arnab Goswami

In genome sequencing of virus samples to identify UK-like variants, the US ranks 43rd, showing...