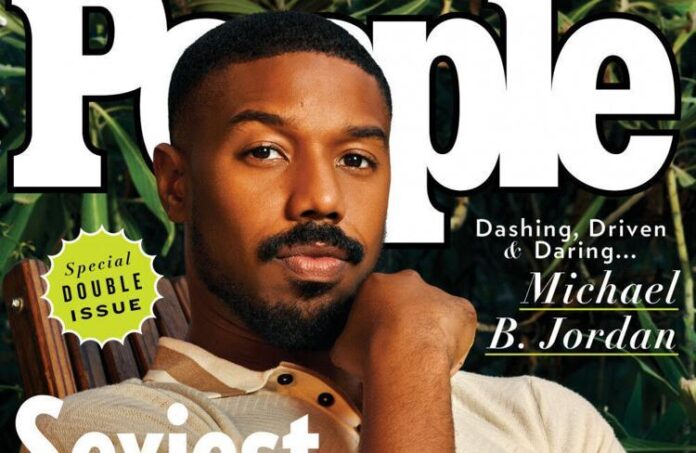 Los Angeles: Seven years later People’s Magazine proclaimed “One to Watch,” the “Black Panther” star is now looking out of the cover as “Sexiest Man Alive.”

The 33-year-old actor “Michael B. Jordan” is on the cover of the annual issue of the People magazine in 2020, taking over from John Legend, who was honored in 2019 and he stated that it is a “good club” to join.

He stated PEOPLE: “It’s a cool feeling. You know, everybody always made that joke, like, ‘Mike, this is the one thing you’re probably not going to get.’ But it’s a good club to be a part of.”

The people have said it — PEOPLE’s #SexiestManAlive 2020 is @michaelb4jordan! The actor and activist reacts to the announcement and tells us who in his life is most excited. Watch the exclusive interview here: https://t.co/sLtvNjiO56 pic.twitter.com/ro5xEaOMqQ

The ‘Black Panther’ star disclosed that the women in his family “are obviously proud” of his recent moment of recognition, and stated that his late grandmother used to collect the Sexiest Man Alive edition of the mag.

READ  Duchess of Sussex Meghan Markle reveals miscarriage in July: ‘As I clutched my firstborn child...I was losing my 2nd’

Michael B. Jordan said: “When my grandmother was alive, it was something that she collected, and then my mom naturally reads it a lot and my aunts as well.

“This is one that they’re definitely going to have a special place for.”

Michael B. Jordan was claimed one of Time Magazine’s 100 Most Influential People of 2020, due in part to his enthusiastic efforts on behalf of BLM and the 2020 election, Jordan joked to People magazine that he never think to score that one—or more importantly, his friends also never expected to this moment.