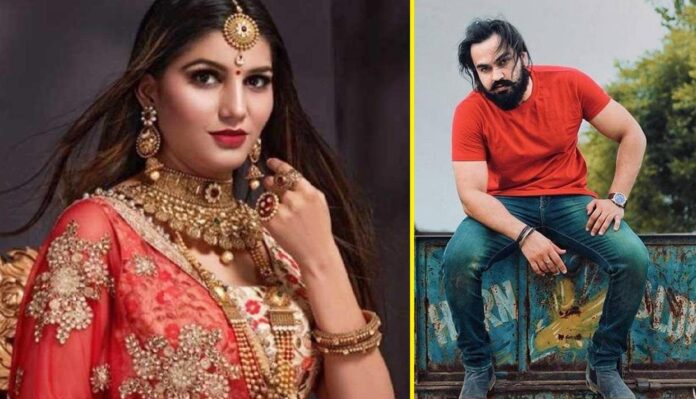 Fans were shocked immediately after Veer Sahu reported that Sapna Choudhary, his wife, and dancer had given birth to a baby boy.

The Haryanvi singer-dancer Sapna Choudhary was blessed with a baby boy, Our Sources reported.

The couple had never declared their marriage and they were now accepting parenthood.

Veer posted the video, however, to shut down trolls who left lewd comments on Sapna’s post about learning parenthood.

Veer is a popular Haryana artist who has appeared in various Haryanvi and Punjabi songs.

During the lockdown, ex-Bigg Boss contestant Sapna was very much on social media, entertaining her fans with her killer looks.

With her outspokenness, gorgeous looks, and dance skills, she captured people’s hearts.

Now, Sapna’s mother, Neelam Choudhary, disclosed during an interaction with Jagran that her daughter and Veer got married in January of this year.

Neelam expressed her excitement of being a grandmother and also reported that Sapna and the baby boy are both well and doing well.

China presents a serious challenge to the international system: the US

Pant shuts the mouth of critics on Day 2, Vihari shines as well

Pope Francis ‘happy’ to land in Baghdad, Urges end to violence and extremism on historic...