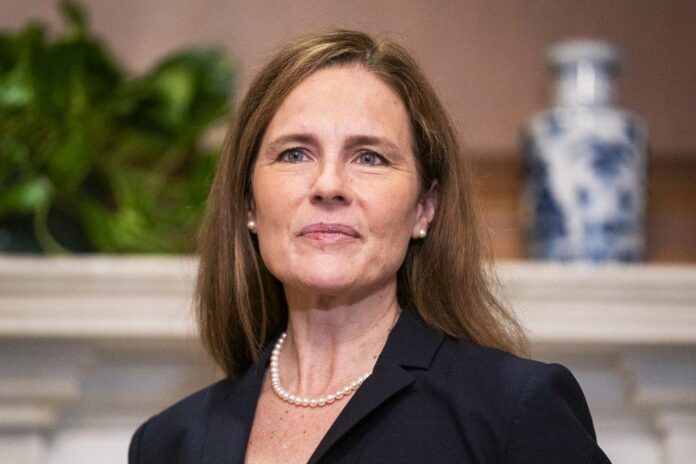 WASHINGTON: In a victory for President Donald Trump, a week before the presidential election, the U.S. Senate authorized Judge Amy Coney Barrett to the Supreme Court.

This nomination will see a 6-3 Conservative balance in the U.S. Supreme Court in the coming years.

The move was called rushed and unprecedented by Democratic presidential candidate Joe Biden.

Senate Democratic leader Chuck Schumer said that by going ahead with the vote so close to the election the Republican majority was “lighting its credibility on fire”.

Chuck Schumer Senate Democratic leader said that by moving ahead with the vote so near to the election the Republican majority was “lighting its credibility on fire”.

Amy Coney Barrett rendered the first of two oaths to officially join the Supreme Court.
Chief Justice John Roberts is committed to administering a second oath — to the former federal appeals court judge at a private event (ceremony) at the court on Tuesday.

“We’ll appoint more conservative judges and justices,” Trump promised applause a month before the death of Justice Ruth Bader Ginsburg, as per the White House transcript. “We will protect religious liberty, defend the lives of the unborn, uphold free speech, and safeguard the Second Amendment and your right to keep and bear arms. So important, right?”

In a more than an hour-long speech at the National Policy Council’s annual meeting in August, Trump commended his two recent Supreme Court picks and promised to appoint more. Despite the pandemic, the gathering was held in person at a luxurious hotel across the Potomac River from Washington, DC.

Coronavirus symptoms: A recent report reveals how quickly a lethal virus will transmit

NEET results 2020 expected to be declared on 16 Oct at ntaneet.nic.in, special exam to...